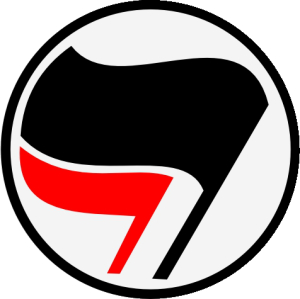 Steps you can take to cancel Nazi Blood & Sun Shows

There are still a few dates to cancel.

We’re asking you to do your part.

If you want to know why it’s important to cancel the rest of Blood & Sun’s tour, and to demand that clubs create policies to refuse to book fascist acts, please read this press release on Luke Tromiczak and Blood & Sun, released earlier today.

Actions you can take

If you live in these areas below (Milwaukee, Chicago, Detroit), especially, reach out to these clubs and ask them if they are aware of Blood & Sun’s affiliations. They may not be, so begin polite and respectful, please. Direct them to this post if that would be helpful. If you live in these areas, make sure the clubs know that these events are likely to be shut down by antifa if the clubs don’t do it themselves. That’s the kind of newspaper headline no business owner wants:

“Protesters kick Nazis out of [Name of Club].”

Ticket sales don’t typically go up from there.

If you don’t live in the area, go ahead and call the clubs and ask the same questions. Make it clear that it is unacceptable to book shows with fascists, no matter how much or how little the club is making off of the show.

We are also happy to announce that some clubs have made it clear that they will not now, nor will they ever, host future events by Blood & Sun. Some, however, still need your encouragement, or action.

These are venues that have already canceled upcoming gigs with Blood & Sun:

Go ahead and call them or email them to thank them for this initial stand, and encourage them to make it a general policy regarding fascist acts. Certainly many of each club’s clientele will feel safer at their venues if they don’t suspect nearby customers of being actual Nazis.

These are venues that have NOT canceled upcoming gigs with Blood & Sun.

He is playing with “King Dude.” Give them a call and ask them if they knew about the act’s fascism, and if they have a policy against booking fascist bands. Ask them if they plan on making one.

These are the venues that hosted Luke Tromiczak and Blood & Sun previously.

Give them a call and ask them if they knew about the act’s fascism, and if they have a policy against booking fascist bands. Ask them if they plan on making one.

The following dates he played with “King Dude”: